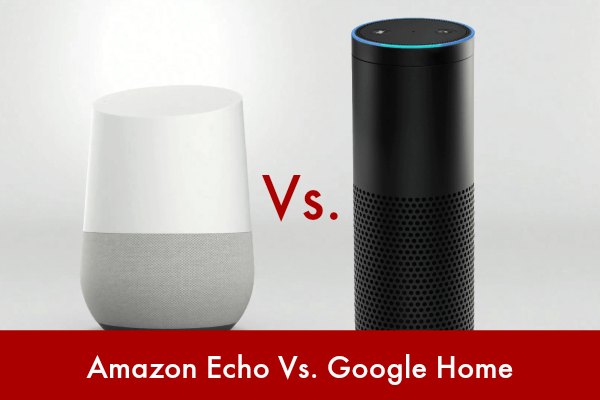 Google Home vs. Amazon Alexa: Who Does Home Automation Better

When it comes to embracing the wonderful world of home automation, one of the most important things you need to keep in mind is that not all smart home hubs are created equal. A lot of people make the mistake of buying a hub from a particular smart home ecosystem and then assuming that they’re going to be able to enjoy voice automation throughout the entire house.

In reality, hubs are kind of a ‘middle man’ between your various devices (such as lights, cameras, speakers, and sensors) and the ‘brain’ of the platform itself. Everything you install in your smart home will have a controller of its very own. If you buy Philips Hue smart lights, for example, you’ll need to attach the Philips Hue Hub to your router. That’s what allows you to use your voice to activate things, among other means of interaction.

Having said that, by far two of the most popular platforms for home automation in existence right now are Google’s Home and Amazon’s Alexa. Both bring a number of unique features to the table, but only one is going to be the ideal choice for your specific home. Let’s take a look at some factors you need to consider when making your decision.

Before we dive deep into the finer points of what these hubs do differently, it’s important to first touch on the similarities that they share. Both will allow you to look up facts with a few simple commands, for example. They’ll tell you a joke if you ask the right way and they’ll even set reminders that then sync to an app on your smartphone. But these aren’t necessarily exclusive to Google or Amazon – nearly every platform you choose will have this same basic functionality.

In terms of compatibility with the widest array of products, Amazon’s Alexa essentially wins this particular battle by default. According to Amazon’s own documentation, there are currently more than 100,000 different smart home devices that can be controlled with Alexa, coming from more than 9,500 unique brands. A few of the most popular include (but are certainly not limited to): security cameras from Arlo, home entertainment products from Denon, Philips Hue lighting, Lutron smart switches and fixtures, and many, many others.

Google, on the other hand, boasts just 5,000 different smart devices from a little over 400 brands. You can still connect things like plugs, light bulbs and thermostats so that you can control them with your voice and schedule automations – it’s just that you’ll have an understandably smaller selection of compatible devices from which to choose from. Philips Hue, TP-Link, Lutron, and Iris by Lowe’s are a few of those compatible brands.

Another important point for so many consumers ultimately comes down to the amount of money you’ll need to invest to buy into a particular platform in the first place. The good news is that unlike something like HomeKit (which requires an Apple device like an iPad, Apple TV or HomePod to act as the hub), both Google and Amazon have a number of options in terms of how you actually control all of your devices once you’ve finally brought them together.

You could purchase an Amazon Echo Show to act as your main hub and put it in a centralized location in your home, for example, for approximately $229 (though they often go on sale). You could then purchase smaller Echo Dots and put them in other rooms for as little as $35 a piece, extending the functionality of your system even further.The Google Home, on the other hand, lists for $129 and smaller complementary devices like the Google Home Mini can be had for cheaper. Both Amazon and Google offer smart displays – with the Nest Hub belonging to the former and listing for $129. Not only does Google have its own smart display that you can use as a hub, but it’s also compatible with third-party displays (like those from Lenovo).

So either platform will certainly require a significant investment on the hardware side of things, but both give you enough options to really set up the voice control and related functions of your smart home in any way that you see fit. Thanks to its compatibility with third-party displays, Google has a bit more to offer in terms of flexibility and to that end, it comes out ahead – albeit slightly.

No discussion of the virtues of home automation would be complete without mentioning what is maybe the most important element of all – security. Keep in mind that literally any device connected to your home’s Wi-Fi network is a potential vulnerability just waiting to be exploited by someone who knows what they’re doing. Then, when you consider that a smart home requires countless devices like blinds, water controllers, lights and more to really be effective, you begin to get an idea of just how critical this element really is.

Part of the reason why Google has such a smaller amount of compatible devices when compared to Amazon is because they won’t let ‘just anyone’ build something that works with their ecosystem. Google also lets you see exactly what voice information has been recorded over time and delete that information at your will, right from the “My Activity” page on your account.

Amazon is far less favorable in this department, unfortunately. Not only do they allow just about anyone to make a device that is compatible with their ecosystem, but they’ve also come under fire in the past with regards to the amount of data they collect and who can listen to recordings that are only supposed to ‘improve accuracy’ in the first place.

So in an overarching sense, Google wins this particular battle handedly. But it’s not like either company is a saint in this situation. Amazon makes money by selling the data it collects from you and if you buy into their home automation platform, you’re giving them a great deal. Google still wants to sell your information, sure – but at least they want to keep you secure at the same time.

By far, one of the biggest strengths of home automation as a concept is that it is versatile. You could give ten different people the same set of devices and they’d probably set their smart homes up in ten completely different ways thanks to the flexible and versatile nature of what this equipment has to offer.

But you still need something to act as the proverbial ‘brains’ of the operation – meaning that you need a home hub and you need to pick one very, very carefully. If compatibility with the highest number of devices is your top priority, Amazon Alexa comes out ahead. But if you’re concerned about things like price, functionality and (most importantly) security, it’s beyond clear that Google is absolutely the way to go – at least for now.

If you’d like to find out more information about the benefits of Google Home’s automation platform versus Amazon Alexa, or if you’d just like to discuss the specifics of your own situation with someone in a bit more detail, please don’t delay – contact us today. 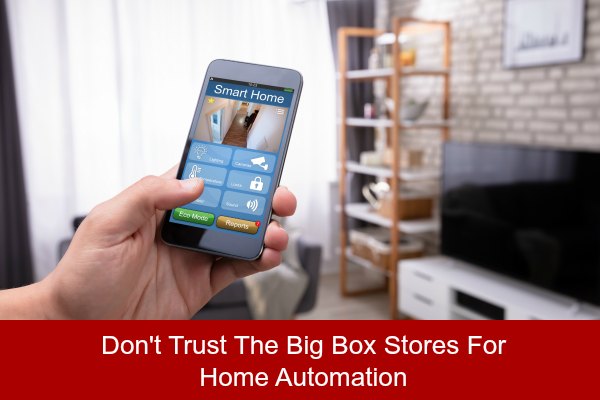 In our experience, we find that one of the major reasons why people run into problems with home automation in the first place ultimately comes down to the companies they “trust” to make sure everything gets set up properly. 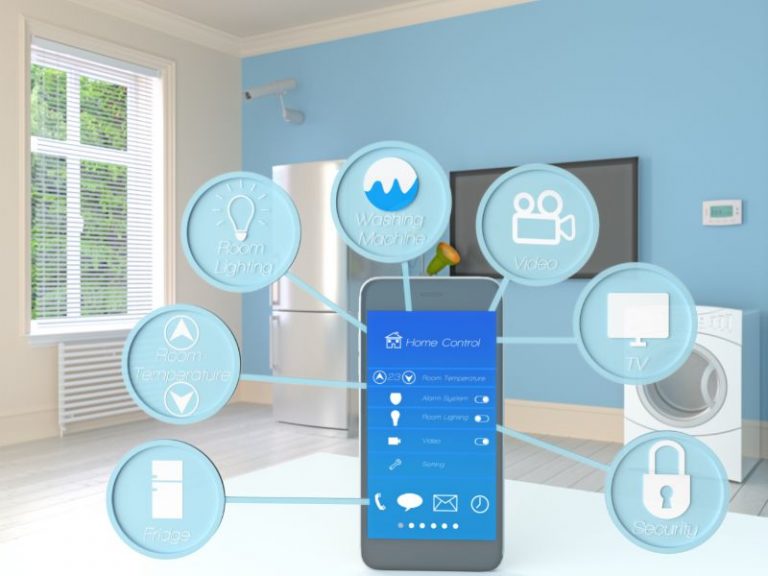 A smart hub is hardware (or software) that connects all smart home devices in your home to its network. As a result, connected smart home… 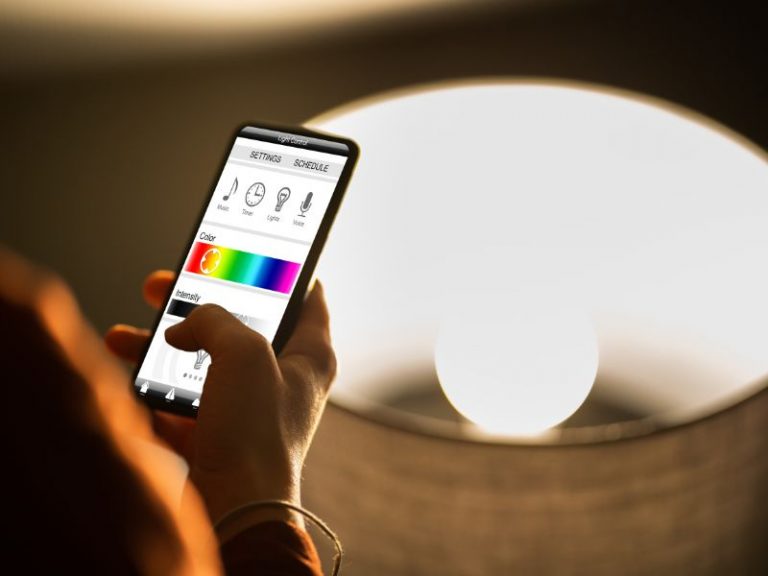 Smart Light Switches and Dimmers for Lighting Control Lutron® switches will control your lighting systems, bringing you the convenience of a smart home. Whether you…

The rise of Amazon’s Echo and the Google Home Assistant has created a massive marketplace for manufacturers to integrate everyday devices with the ability to be activated by simple voice commands. 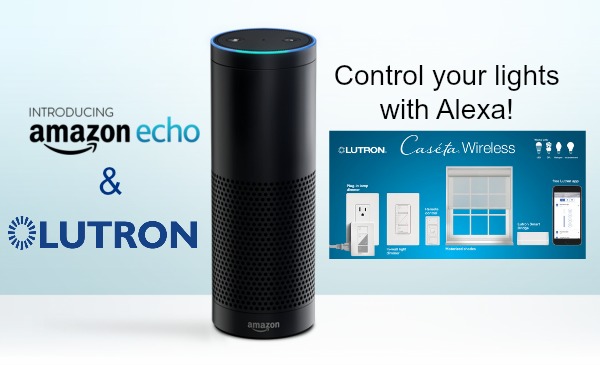 It is easy to integrate your Lutron Caseta with the Amazon Echo. We walk you through what you can do with voice control and Alexa.